Few days back, Airtel introduced the http://hibbydabby.blogspot.com /2016/06/airtel-launched-new-data-plan-you-can.html">cheapest data plan ever in which you can get 2GB for just N200 and also 6GB for just N500, but the worst part of it is that the plan was banned for using 3G network which I was earlier described as trash data plan. 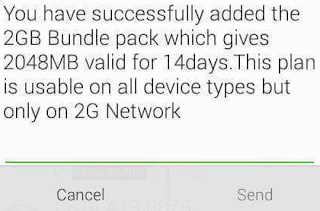 Permit me to pick my word from recycle bin and re-frame it with another better word, it seems this Airtel new plan can't be refer as trash data plan anymore, since we have got a means of flex with it on 3G network! A big kudos to whoever detect this proper method. Follow the instruction below carefully to get your Airtel 2G data rolling on 3G Network.

Needed Materials
Steps to Follow
I believed you have downloaded the required materials.
Next, is to open the Script Manager
» Locate the file which you downloaded, named - 3GTurboChanger_Installer_Updated_3_test_11.sh.txt
» Allow the Super User when requesting for permission or click on the Super User Icon, grant the permission and run the script
» Scroll up and set the setting to fastest to get the maximum Data Speed, then.
» Reboot your device, and switch to WCDMA Mode (3G Network) on your phone setting

It seems this 2G data plan making sense now, at last, you can now flex with 3G speed on your 2G data plan. Enjoy it while it last.