Home » Unlabelled » Why I think Nintendo is going to fail

Why I think Nintendo is going to fail

Why I think Nintendo is going to fail 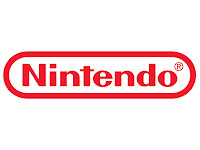 Hey guys,
We all know what a disaster the post launch support for the Wii-U has been,a handful of games not worth buying and really crappy ports of games  which run beautifully on previous gen consoles. To make it worse EA and Avalanche studios among other developers have outright stated that they are not planning on developing an major games for the Wii-U. One might wonder how they got to this point from being the "winner" of the previous gen by selling 90+ million units to the point where they are desperately asking Wii owners to buy their new consoles. Here are the reasons why I think they are going to FAIL.

At the start of the previous generation Nintendo went after the casual market completely and I mean completely making a console that was based around the motion control gimmick and making all the games stupidly easy and repetitive. Now they made a console they beloved would appeal to both the demographics but the core gamers were not impressed and the casual gamers have moved on to iPads and their smart phones and are not at all interested in buying the console. So they've made a console that doesn't appeal to anybody.

Nobody other than Nintendo is developing anything for the console. This is because nobody is buying the console. Nobody is buying the console because nobody is making anything for it.It's a vicious cycle. Another reason is the console is woefully under-powered you may claim it doesn't need processing power but developers don't want to make games exclusively for the Wii-U because of the aforementioned issues and they cannot port next gen games to the console because of the lack of grunt under the hood. E.A has already claimed that the next frostbite engine will not be running on the console.

In my opinion no. Sure they sold 90+ million units but bow many people actually used the damn thing  beyond the Flavour of the month period?.Not many people bought any games other than Wii sports and a Mario game and shut it off for ever this also plays a role in devs not being enthusiastic about developing for the console.

What should Nintendo do?

They should just focus on making more games for the console the core gamers will come back all they need are Games.
Treasure third party devs by selling more units.
This is a good thing Nintendo needs this bitchslap because they were at a stage where they believed they could do no wrong this a very humbling experience for them.
Nintendo by no means is finished because they are sitting on cash reserves as big as their egos.Surely the next Mario or Pikmin games will sell a few units and the DS is doing well and maybe the WiiU might turn around.
That is a good thing as competition encourages innovation and will keep MS and Sony busy.

Related : Why I think Nintendo is going to fail