Home » Unlabelled » HOW TO COPY ANY TEXT TO TURBO C++

HOW TO COPY ANY TEXT TO TURBO C++

HOW TO COPY ANY TEXT TO TURBO C++ 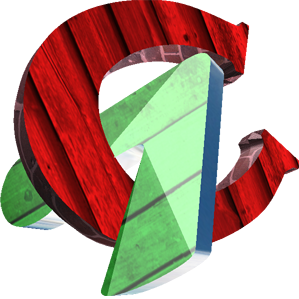 Are you one of those people who is in the middle of a C++ program and you know what to do, but you don't know the syntax? So you google and find out the syntax. But in turbo c++ you cannot use ctrl+v. That might be a little pissing off. So the easiest solution would be to get rid of Turbo C++ and get a modern day compiler. But anyway, here is a post on how one can copy text from an external source into the turbo C++ environment.

Also see: http://hibbydabby.blogspot.com /2015/12/checking-for-email-address-validity.htm"> Basic algorithms 101 : Checking for the validity of an email address (simple beginner approch)
C++ is a very powerful language, but the Turbo C++ compiler is bloody ancient and very conservative. The Unix environment it has can be a pain in the neck sometimes. With the modern day compilers like C++ builder, eclipse, and stuff, programming in C++ has become so much easier. Unix environment is not really necessary to build an application. And these new compilers also have a lot of predefined functions for graphics, user interface etc.

Sometimes we want to write little complex programs or http://hibbydabby.blogspot.com /2013/05/easiest-way-to-make-black-jack-in-c.html">make console games using C++. But we are not qualified enough in the language. So we look for the code online as I mentioned earlier.

But the fact of the matter is, some of us are still obligated to use Turbo C++. Turbo C++ IDE does not allow us to use common windows functions like Ctrl + C and Ctrl + v.  Because it uses a UNIX environment. which is platform independent. Which means, the program development is done regardless of the operating system you are using.

Also see: http://hibbydabby.blogspot.com /2016/03/text-file-as-database.html">How to use a text file as a database

So here is a quick and an easy way to do it. Follow the steps properly and it will definitely work. A lot of people commented that it doesn't work, so I checked and corrected it. Now it is working perfectly. I tested it myself several times.

How to copy any text to turbo c++:

I hope that helped and now you know "how to copy any text to turbo c++". For any other doubts in turbo c++ do not hesitate to ask in the comments. Or ask me personally on google+:  +Arjun Mahishi.

Related : HOW TO COPY ANY TEXT TO TURBO C++